Our arrival in Washington DC was timed perfectly with the Independence Day celebrations. People certainly like to show their patriotism, lots of stars and stripes and red white and blue being worn. Almost everywhere we went the national anthem, (Star Spangled Banner) and other patriotic songs such as America the Beautiful were being played. We heard lots of ‘God bless America’ statements being uttered too!

After our quick bike tour to get the photos to prove we’d ridden it, we went to freshen up at the hotel. Then we visited the Air and Space Museum – obviously I was desperately keen to go here, (not! – but I’m a very supportive boyfriend, if ‘not very good at being a boy’ as Mike would say – preferring plants to planes!). After the Museum we met up with Mike who’d come into DC by car/metro to drop off our cycle bags at the hotel.

The National Mall was our destination to get a good spot on the lawn to watch the fireworks, (see more about all of this in Mike’s daily summary). We found a good spot, by chance next to a group of gay men – it was interesting eavesdropping on their conversation. It seems that gay men the world over have similar ‘small talk’ topics of conversation, (where people live, who they are going out with, which men they fancy etc.). The thing I find particularly weird about the USA is that despite their proud nationalism and independence they have a very odd obsession with our royal family. When we were in the Barnes & Noble bookstore in Baltimore they had not one magazine, but a whole section devoted to the British royal family. There was even a magazine just about the pregnancy of Kate, Duchess of Cambridge. Being a devout republican (in the UK sense – I’m definitely more Democratic in the US political sense), I’d be quite happy for the Americans to have the royal family if they like, (I can hear my aunt Janet tutting at this point!). They refer to the capital here in DC as ‘the hill’, so if they want they can have Betty, Charles and the rest of them and put a Queen and King on the hill – they might find the ‘magic’ wears off pretty quickly! 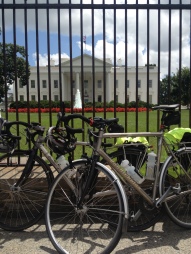 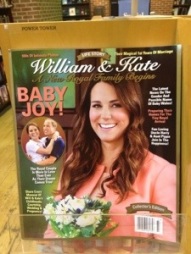 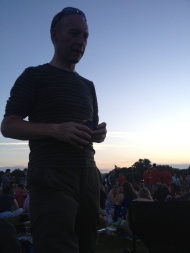