The weather outside is frightful, but inside it’s quite delightful – well it is now that we’re curled up beside the log burner and more-or-less dried out from numerous soakings today. The weather forecast had promised some improvement – and to be fair it was lovely this morning. Unfortunately, we were in a particularly ‘go slow’ wedding-anniversary mode today, so we didn’t leave the house until gone 11:00. As we strode out across the fields towards Cotehele a hail storm of near biblical proportions engulfed us. Even Zoly – who had his coat on – was not impressed,  he virtually stopped moving. You could see on his face he was thinking ‘what’s this sh*t?’. Mike and I had to srand over him to shelter himuntil the worst of the hail passed.
The weather improved a bit after the hail (if you consider heavy rain showers an improvement) so we continued until we reached the house. Dogs are not allowed in the house and garden so we took turns to look inside. I went in first and Mike and Zoly went off for a walk. The house is an amazingly intact Tudor manor with most of the walls in most of the rooms hung with vast extraordinary 17th century Flemish tapestries (many very faded, but still wonderfully detailed and extravagant). Apparently the   Edgecombe family had a nicer pile down the road near Plymouth and so Cotehele was left without much modernisation – it still has no electricity.

The main hall had an stunning wooden ceiling with the most exquisite interlocking timbers, the walls were hung with armour and swords (I’m more into tapestries myself) and the hearth was lit with an open log fire. The smoke added to the atmosphere, and the little heat that the fire was giving off was definitely appreciated by the volunteers stewards. I’m sure that on a warm summers day the cool of Cotehele is a great place to be, but maybe not so good on a (very) damp day in March.

After the house I attempted to look around the terraced gardens, but unfortunately further heavy rain arrived soon after venturing out. I took shelter for a short while in a greenhouse and when it eased a little I managed a quick turn around the flower garden through the won fearful drifts of daffodils, bobbing fritillaries and prolific Camellias, but I had to abandon a visit to the valley garden as the heavens opened once more. I think a return visit to see the gardens on Thursday is in order, when the weather is apparently going to be sunny (I’ll believe it when I see it!). 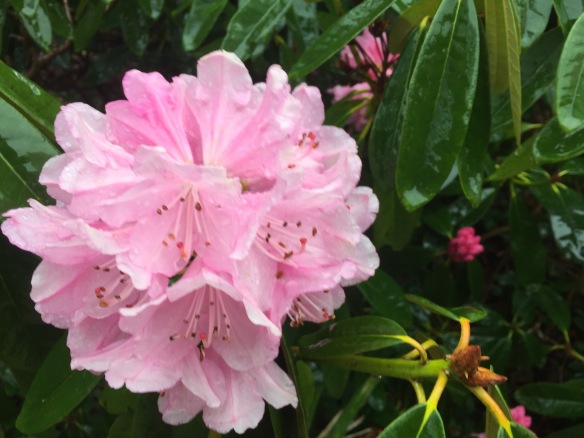 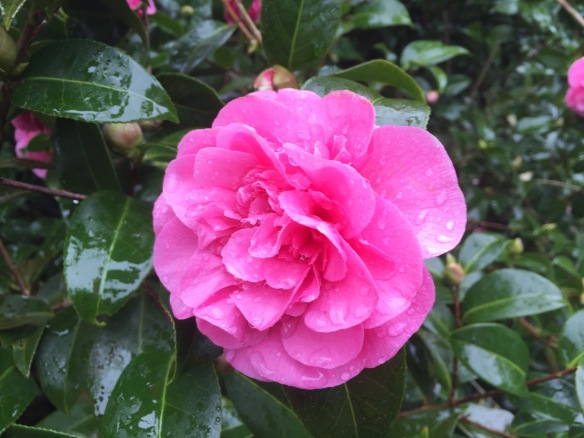 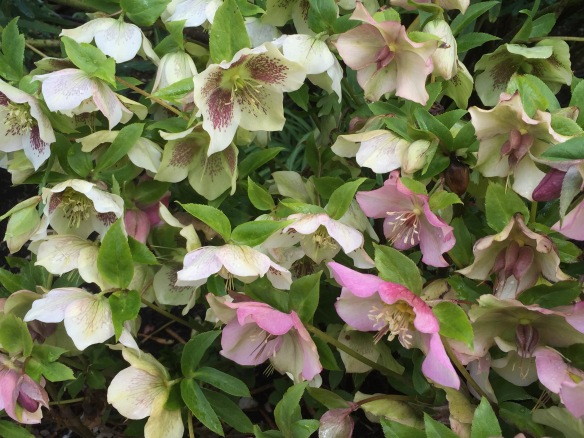 After reuniting with Mike for the Zoly hand over, he went off to explore the house while we headed into the woods. At least in the woods we were a little protected from the showers. The lovely thing about Cotehele is that there are so many different footpaths to explore around the estate – including a lovely quayside and a water mill. Today we took a route around the top of the valley before dropping down to a stream that runs back towards the Tamar and Calstock. As we headed along the stream towards the river we had to pause as groundsmen were clearing some of the tree damage caused by the weekends storm. One large tree had been blown over, but had caught four others on its way down – making them unsafe. The chainsaws were out to fell these before they tumbled onto unsuspecting dog walkers below. We waited as the timber was felled before continuing back to the house to meet Mike. 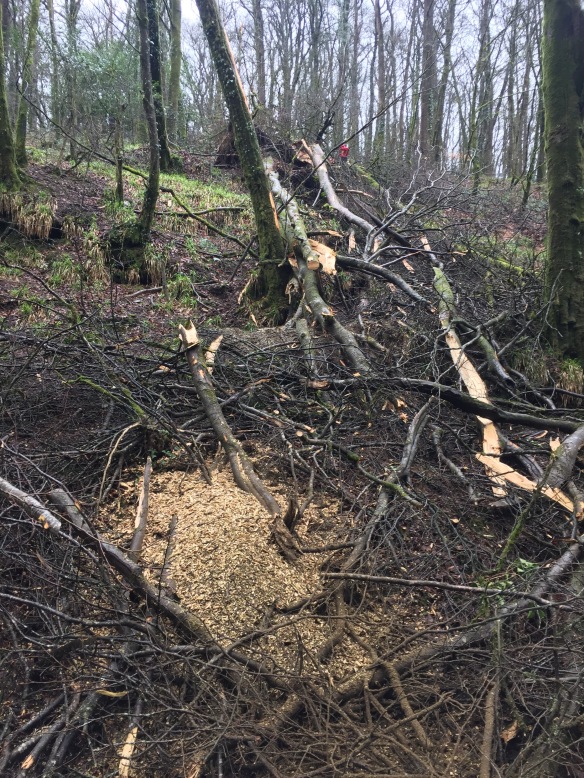 When we arrived the heavens opened again (you can start to imagine what kind of day it was!) and no sign of Mike yet, so me and Zoly took shelter in a disabled loo (we would have course vacated it had there been a need). Unsurprisingly it wasn’t very busy today – either in the house or in the disabled loo. Speaking to the people on the entrance desk they said it had been a very quiet Easter for them, apart from Good Friday when the sun shone and the punters flooded in. When Mike cand out of the house he said that he’s not visited the gardens either because it was hammering down. So we decided to head to the cafe on the quayside where dogs are permitted and they serve nice tea and vegan flapjack (Mike had established this earlier when I went round the house as he and Zoly sheltered from the rain by going  round the tearoom!). Refreshments warmed us up ready for the walk back to the cottage and the start of the drying out process. Off to bed now, with the promise of a rain free day tomorrow – hooray!

3 thoughts on “The sun has got his mac on”