We were joined yesterday by our friend Michael, Mike (McL) as I’ve taken to referring to him. Mike is the eldest son of our friends Aileen and Martin in Bristol.

I’ve known Mike and his brother Ruari since before they were born. Mike is 27 now. He regards me as something of an uncle, apparently. Which is kind of how I feel, I suppose.

Mike had been working on secondment in the USA for two years and coincidentally was starting his posting when we we were last cycling in the US. He happened to be in Los Angeles at the same time that were passing through, so we met up then, too. 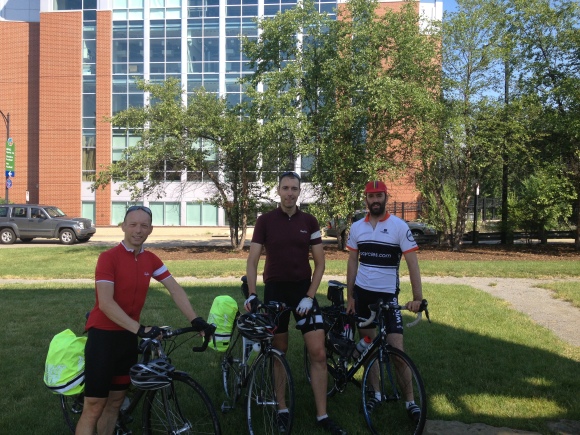 This time Mike wanted to ride with us, so he flew from Baltimore to Pittsburgh with his bicycle. We sent our bicycle bags from Chicago to Mike’s in Columbia and we’ll be staying at his house the night before we go to Washington.