We’ve arrived in Seattle – another beautiful day to be cycling, with clear blue skies and warm temperatures. The route has been a bit mixed, with some really quiet roads running parallel to the Interstate highway and then some quite busy roads into Seattle from the north with mile after mile of shopping outlets.

When we reached Seattle the bike lanes and cyclists became far more prominent. The stopping and starting through the suburbs meant we only really had time to have a quick drink in Starbucks – well we had to, didn’t we? As it is their home town.

We were heading toward Aaron’s Bike Shop, (Aaron is our Warm Showers host tonight) when he spotted us as he was heading back home with his son. We must have stood out as British touring cyclists as he shouted out our names as we cycled past on the other side of the road – it felt odd to be recognised in a place that we’ve never been to before.

We’re just about to tuck into some tabbouleh while we sit around a camp fire in Aaron’s garden. Chilling out in Seattle is fun. Will sleep well tonight I think. 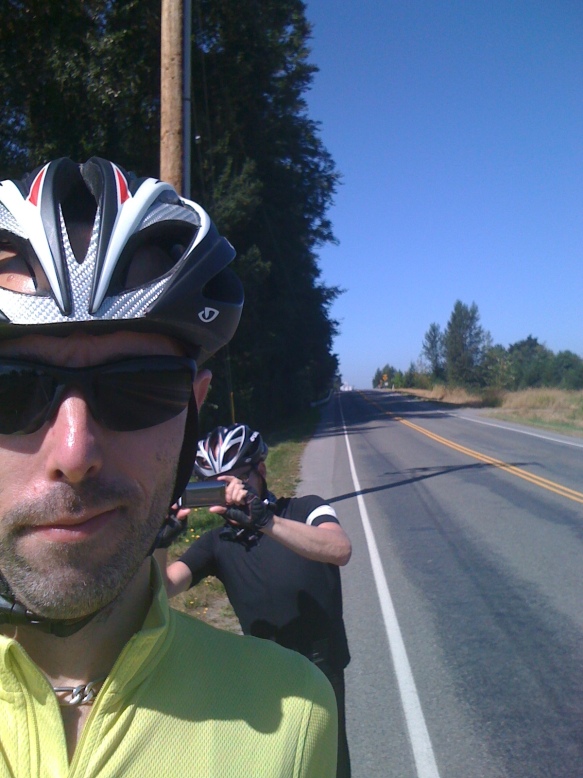 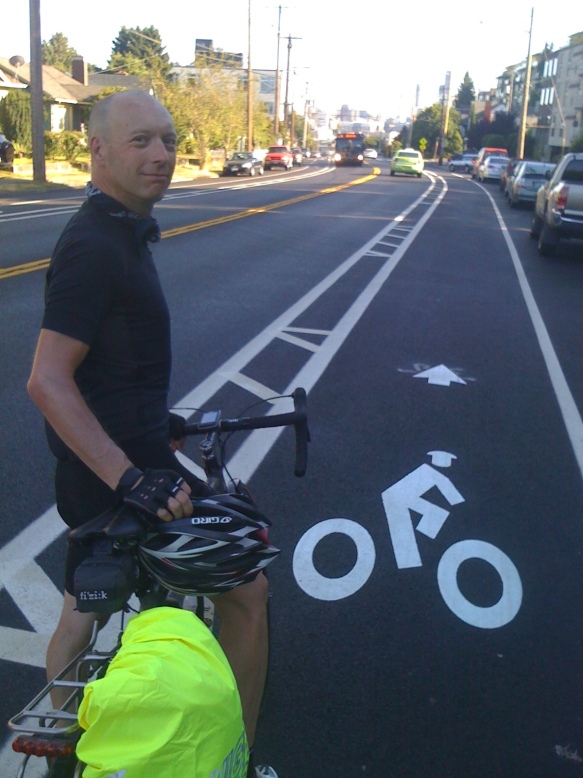